Tsuruoka City, where stands Kamo Aquarium, is known for its abundant wild nature of the mountains and the plains, highly subject to the distinct four seasons of the region ; but also faces the Japan Sea, a sea blessed with an incredibly rich varieties of living forms. Just like the living forms on land, the living beings in the sea are subject to the seasons. We personally think it is our duty to transmit the richness of the sea and the culture of the “people of the sea”. This is why we opened Kamo Aquarium, affectionately referred to as “The Dream House of Jellies”. Through jellyfish amongst other sea creatures present in the aquarium, you will be able to discover all the uniqueness and plurality of sea life. From time to time, sea lions shows are held in the show area, as well as explanatory classes about jellyfish. You can also interact with seagulls on stage and learn how they live. Kamo Aquarium will definitely teach you something new. 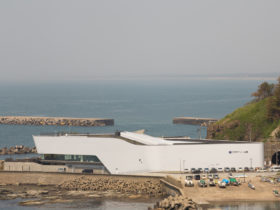 Exterior of the aquarium 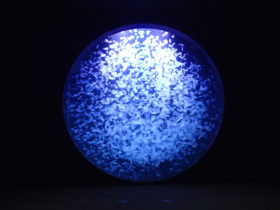 Opened all year around (no closed day)

To qualify for group fees, a group must contain 10 or more persons (toddlers & infants not included)

The pass has a validity of one year after the purchase date.

Youtube has an “All Night Kamosui” every Saturday. The jellyfish on display will be delivered live from around 6:00 PM to 8:00 the next morning with beautiful music.

Please remind there is no direct public transportation from the airport to the aquarium. If you plan to use the bus, please transfer at Tsuruoka Station.
For direct transportation, please use a taxi service or contact a car rental service.

The indicative information have been estimated by governmental administrations. They are subject to change according the traffic situation and other conditions.

Please remind the bus bound for Zenpoji temple does not stop at Kamo Aquarium.